Lab work is exciting, says Bastian Fischer. Even experiments that just yield their expected results inspire the young German scientist. Fischer is currently working on his PhD, and is investigating how fibrosis develops, so that effective therapies for this medical condition can be found. 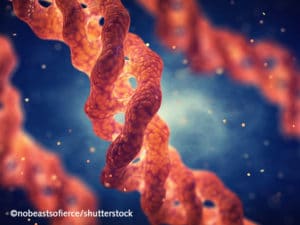 A scar is often all that remains of a deep cut – if anything remains at all. Skin tissue repairs itself through a complex process of wound healing that is initiated by the damaged endothelial cells. They release inflammatory mediators that – among other factors – trigger the formation of a provisional extracellular matrix (ECM).

Although this matrix is needed to help stop heavy bleeding, an overshooting production of connective tissue – a so-called fibrosis – can cause serious problems, and ultimately, organ failure. Bastian Fischer from the Institute for Laboratory and Transfusion Medicine at the Heart and Diabetes Center North Rhine-Westphalia (HDZ) in Bad Oeynhausen, Germany, has made it his goal to better understand the processes involved.

Fischer aims to find out how and why fibrosis develops. Some experts believe it occurs as a result of chronic inflammation, and as the consequence of diseases, for example, of the liver (such as hepatitis), the lungs (interstitial lung disease), or the kidneys (diabetes). The excessive production of connective tissue is reversible up to a certain point, but leads to failure of the affected organ when the cause is not removed. “I want to improve the situation using the tools of science,” says Fischer. “Currently, there is no therapy for fibrosis – the processes that lead to it are still unknown. I want to find out why and how fibrosis develops, and play my part in understanding these mechanisms, so that someday we can treat the disease.”

Anybody who has worked behind the bench knows the feeling of relief when an experiment works as expected – or when it works at all. “During an internship, I discovered that working in a laboratory was exciting,” Fischer says. Following his bachelor’s degree in biotechnology, he got his master’s degree in genome-based systems biology, and is now working on his doctorate.

He will soon publish initial results of his fibrosis research: “I want to publish as much as I can now, because I definitely want to go abroad to the U.S. for a few years after my doctorate,” he explains. “A stay abroad will offer a lot of new experiences and new ways of doing things.” Right now, Fischer uses the CRISPR/Cas9-system to perform a gene knockout in primary normal human dermal fibroblasts (NHDFs). Because primary cells are difficult to transfect, not many studies have been conducted, he explains. When Fischer started working with primary cells, he had a transfection efficiency between three and four percent – now he manages to reach 20 to 30 percent.

“The problem is that the plasmids we use are very large, so it is difficult to penetrate the cells. Even if this is successful, the desired mutations are far from occurring,” says Fischer. “In a recent study, a team in Spain was able to perform the transfection, and they used a similar system in primary fibroblasts.” Their work gave Fischer ideas for his own experiments. Instead of lipofection, he tries to introduce the plasmids into the cells via electroporation. “This is a much more robust method because it is very severe,” Fischer says. He mentions another approach for increasing transfection efficacy. “A new plasmid I’m using also has a nuclear localization signal. This way, it is channeled directly into the core.”

Along with the direct delivery of DNA molecules, Fischer is also investigating a viral approach for knocking out his target gene within the cells. He uses the adenovirus-associated system 2 (AAV2) with three vectors: a viral vector on which the viral genes are encoded, a plasmid with guide RNA, and a plasmid with the Cas9 protein.

Igniting the spark of knowledge

All of these efforts are intended to ignite the spark of knowledge in the dark realm of proteoglycan biosynthesis – the main mechanism that leads to fibrosis (Ghatak et al., 2015). “This mechanism is catalyzed by an enzyme called xylosyltransferase (XT),” Fischer explains. “An increased activity of this enzyme induces the overproduction of proteoglycans, which are the main components of connective tissue. If too many of them are expressed, they aggregate and result in fibrosis.” Two isomers of xylosyltransferase exist, XT1 and XT2. Together with his colleagues, Fischer is trying to determine which of these is responsible for the enhanced proteoglycan production, and how to influence them.

To cultivate fibroblasts with mutations in the XYLT1-gene in a more lifelike matrix, Fischer and his colleagues want to establish a 3D-model. For this purpose, they used PromoCell’s Keratinocyte Growth Medium 2. “PromoCell’s scientific support specialist Dr. Muna Ali gave us a lot of support, which was very helpful,” says Fischer. PromoCell’s primary cell culture portfolio is also the basis of another promising project. “One of my students examined the 3D skin model in her master thesis, and is now establishing it in her doctoral thesis.”

Scientists still do not know how fibrosis develops and how it can be treated. But Fischer and his colleagues are beginning to pave the way for therapies. “While working toward my doctorate, I have learned more than at any time before in my life – professionally and personally,” Fischer summarizes. “I’ve learned to work independently as a researcher, to plan my own experiments, and lead others. But I still have a long way to go – particularly when it comes to the fields of science and research. There is so much that is just waiting to be discovered!” 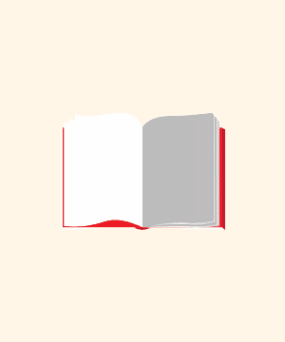 The Role of Extracellular Matrix Remodeling in Disease

Bastian Fischer and a team of scientists analyzed the disease mechanisms of the hereditary disease pseudoxanthoma elasticum (PXE). Symptoms of the disease are calcification and degradation of elastic fibers in the skin, cardiovascular system, and the eye. They found that unusual differentiation of dermal myofibroblasts could be mediated by a deviation in extracellular matrix (ECM) organization. Read the paper and find out more about their results.

Crossing the border between medical and biomechanical research fuels the research of stem cell specialist Dr. Diego Correa. We talked to the Colombian-born stem cell scientist, a former clinician with training in mechanical engineering, about his studies with mesenchymal stem cells and their potential clinical applications in cell-based therapy. Soon Correa is going to publish what he believes will be his most important contribution to this field….