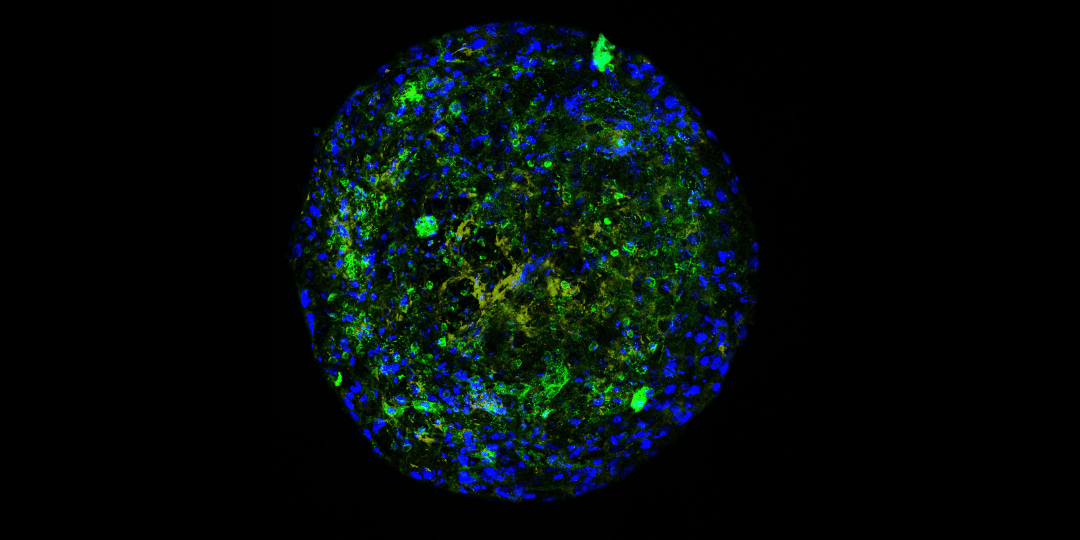 The later a candidate drops out, the more expensive it is. This is why the very early preclinical phase is extremely important in drug development. High throughput screening (HTS) gives researchers a head start. Fully automated analysis robots search through huge molecule libraries containing several thousand drug candidates for potential new substances and to find promising candidates, or so-called “hits.” Researchers then select suitable lead structures from these hits, optimize them for use in humans and adapt them to the desired therapy. When scientists make sure that their test conditions in vitro most closely resemble  the biology of the human body, they can achieve higher success rates in clinical trials. But the race is long and full of obstacles. Usually a dozen years pass before a drug receives approval. Many promising candidates stumble or are lost along the way because they do not have the desired effect, or their side effects are too dangerous.

Increasingly, researchers are even able to create more personalized cancer therapies that match the individual tumors of different patient groups. This makes computer-aided high throughput screening analysis indispensable, because such huge numbers of potential biological targets exist. Scientists have even been able to find effective therapies after examining the tumor tissue of an individual patient. To do this, robots mix small amounts of the biological target with the individual compounds of the substrate library to test its efficacy and interactions.

Why 3D cell culture is so important in high throughput screenings

However, many standard HTS are based on in vitro 2D test systems. ”This often leads to false positives that later prove to be ineffective in the human body,” says Dr. Glauco Souza, Director of Global Business Development & Innovation at Greiner Bio-One. To bridge the gap between in vitro and human physiology, cancer researchers all over the world are developing new 3D preclinical models that better resemble the in vivo features of the original tumor in terms of differentiation, heterogeneity, architecture and drug response (Hou et al., 2018; Eckhardt et al., 2018; Baillargeon et al., 2019; Phan et al., 2019). Animal models often do not help in this transition, as animals do not show human physiology, so this weakens the clinical relevance of preclinical testing. “Our new 3D cell cultures should help to further reduce the number of false positives and improve current systems. This will make development faster and cheaper overall,” says Souza.

Recent approaches use patient-derived cancer spheroids (Kondo et al., 2019) or patient-derived tumor organoids (Phan et al., 2019) to evaluate multiple drugs. Although suppliers are developing a greater range of high throughput screening-compatible platforms, applying 3D cell culture in HTS remains challenging. Some of the major obstacles are reproducibility, high costs, technical difficulties, and detection methods (Langhans, 2018). “With existing 3D cell cultures, it is often not possible to use imaging techniques, because a flat substrate is required,” says Souza. In addition, carrying out simple steps such as changing media, washing or manipulating cells is often tricky. “Cells that do not grow on a solid surface are difficult to control and grasp. However, all established cell culture methods are based on the assumption that cells grow on a solid substrate and are connected to each other.”

During his work at the M.D. Anderson Center of the University of Texas in Houston, Souza and his Rice University research partners developed a technique for magnetizing cells (Souza et al., 2010). Consisting of gold, iron oxide and poly-L-lysine, NanoShuttleTM-PL are nanoparticles with a diameter of about 50 nanometers (Tseng et al., 2014). These attach themselves to cell membranes overnight using electrostatic attraction, so that the cells appear brown-speckled under the microscope. The NanoShuttleTM-PL adheres to the cell membrane for up to eight days before it is released. The particles are biocompatible and have no negative effect on the cells – neither on metabolism nor on proliferation or inflammatory stress in the cell (Tseng et al., 2013). Scientist have even observed positive effects on cell proliferation in 3D cultures (Castro-Chavez et al., 2013; Souza et al. 2010). Researchers also report that magnetization does not affect fluorescence measurements (Souza et al., 2010) or Western blots (Molina et al., 2010).

The magic behind this magnetic technique is that even weak magnetic forces on the base of the wells are sufficient to control the cell movement in a specific manner. Within only 15 minutes, for example, using magnetic levitation, a 3D construct can be created which has cells that are connected to each other and which imitates the biological conditions of human tissue. Compared to many other conventional 3D techniques, this is exceptionally fast. The magnetic forces act like an invisible scaffold through which the cells quickly come together. The aggregated cells immediately start expressing the extracellular matrix. Since the bottom of the vessels is not adherent, only small magnetic pens hold the cells at the bottom of the wells. Such small magnetic pens also hold the 3D cell cultures in microplates in place – for example, when changing media or carrying out various experiments – without being firmly attached to the plastic of the well plates. “The handling is extremely simple and corresponds to well-known 2D cell culture techniques that researchers have been using for more than a hundred years,” says Souza.

What makes the technique unique is that the size of the spheroids is reproducible depending on the number of cells – and is not limited to specific cell types. Primary cells in particular offer a good opportunity to generate more in-depth knowledge of particular pathologies. “Our technology can also be scaled, whether using a single-cell approach or HTS – everything works with the same workflow,” says Souza. Magnetic 3D cell culture also makes it possible to use established 2D cell culture analysis techniques, such as cell viability assays, for high throughput screenings, he adds. New approaches that investigate the effect of active substances on cell migration can also be developed in this way.

With magnetic 3D cell culture, researchers can enhance their toxicology studies, as well as their experimental approaches in the field of regenerative medicine. Above all, however, magnetic 3D cell culture will improve cancer research and accelerate the search for personalized active substances (Hou et al., 2018; Eckhardt et al. 2018). Comparative studies held in cooperation with The Scripps Research Institute Molecular Screening Center in Florida have sharpened the results of high throughput screenings on pancreatic cancer cells (Hou et al., 2018). This shows that using magnetic levitation in 3D cell culture can help to reduce the number of potential drug candidates in the very early phase of drug development, as these better mimic tumor biology. Because this approach provides more accurate simulation of patients’ physiologies  – by using human primary cells or patients’ cells, and by mimicking 3D conditions as closely as possible –  it increases the chances for discovering promising drug candidates as early as possible.

This is proof once again that 3D cell culture is a promising avenue for investigating human biology in vitro in more detail. “Magnetic cell culture helps us to move high throughput screening relatively easily from 2D to 3D – without having to discard our proven methods,” says Souza . “Viewed long-term, this should help us to deliver suitable therapies to patients more quickly.”

Do you want to perform 3D cell culture?

Implement 3D high throughput screening cell culture in your lab:
This flyer shows you how automated processes as well as magnetic 3D cell culture can help with this.

How do cancer stem cells develop? What is their role in tumor biology? What are current approaches to target cancer stem cells? And what are innovative solutions for working with them? Find all the answers in our blog post….

Using three-dimensional cell cultures is more popular today than ever. Yet as the complexity of cell culture increases – from 2D cell culture, spheroids, 3D models up to organoids – so do the variables. This means you should plan carefully before advancing from 2D to 3D cell culture. Keeping several key factors in mind,…