Two research leaders from the University of Zurich (UZH) Space Hub, Professor Oliver Ullrich and Dr. Cora Thiel, have sent adult human stem cells to the International Space Station (ISS). They are testing an innovative method to produce human tissue in a weightless environment, and hope to better understand how human tissue is produced in the weightless atmosphere of space.

The experiment started on the 6 March at 11:50 p.m. EST, when the International Space Station resupply mission Space X CRS-20 took off from Cape Canaveral, USA. On board were the adult human stem cells for Prof. Ullrich and Dr. Thiel’s experiments.

“We are using weightlessness as a tool,” explains Dr. Thiel. Physical forces such as gravity influence how stem cells differentiate and how the formation and regeneration of tissue is organized. Due to this, the researchers assume that the low gravity on board the ISS will mean newly formed cells will organize themselves into three-dimensional tissues without an additional matrix or other auxiliary structures. The results of their research will inform them if this assumption is correct, with the first samples available for analysis at the end of August 2020.

The experiment will take place in a mobile mini-laboratory, a module called the CubeLab which is produced by the US company Space Tango. The module consists of a closed and sterile system, in which the stem cells can proliferate and differentiate at constant temperature.

A division of Airbus called Defence and Space has designed the inlets for the interior of the cell transport boxes. Innovative processes such as selective laser sintering (SLS), a special 3D printing process, were used. The inlets ensure safe transport of the cell samples while making the most of the limited space available. In addition to their design of the cell transport equipment, Airbus organized access to the ISS, transport of the test tubes to and from the ISS and is providing ground support equipment. Meanwhile, Prof. Ullrich and Dr. Thiel are contributing the research idea and study design, carrying out the scientific work and providing the scientific staff. Together, the team hope for unprecedented findings from their space mission.

Why primary cells and not cell lines?

Human primary cells can differentiate into various tissue types. This is key to the hypothesis of Prof. Ullrich and Dr. Thiel in which they wish to explore the human tissue production potential of adult human stem cells in weightlessness. In addition, Dr. Thiel explains, “Human mesenchymal stem cells represent a reliable and ethical source for our experiments.”

Want to learn more? Find out about the differences between primary cells and cell lines on the PromoCell blog.

Products used in the space mission:

Watch the Launch of the SpaceX-Flight

Enjoy viewing the launch of the SpaceX-flight CRS-20 to the International Space Station. 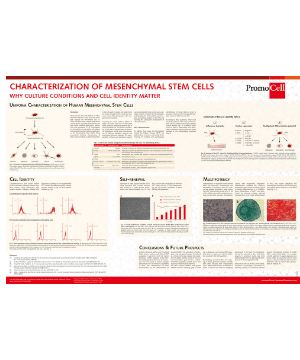 In recent decades, many in vitro studies with living human cells have broadened our knowledge about the cellular and molecular effects of microgravity. Cells of the immune system are particularly sensitive to it and represent an ideal model for understanding how space flight could affect cell function. Prof. Ullrich and his team have greatly contributed to explaining how cells behave in space….