Oxidative stress results from an imbalance of pro- and anti-oxidants and leads to faster skin aging, inflammation and disease. Cell assays and primary cells provide the tools researchers need to study the oxidative process and its association with skin aging.

Aging is an inevitable process experienced by the vast majority of organisms and results in a progressive functional decline. One of the most obvious signs of aging in humans is changes in the appearance of skin which becomes thinner, less elastic, wrinkled and less able to perform its barrier function (Naidoo, 2017; Oliveira, 2010). Skin aging is a multi-faceted process, and researchers are still working to fully understand the complex interactions that take place. However, we know it involves both intrinsic and extrinsic factors. Intrinsic are largely genetically determined and characterised by skin atrophy, increased prominence of vasculature, reduced elasticity and fine wrinkles. Extrinsic factors include exposure to UV light and pollution, and are characterised by deep wrinkles, rough texture, telangiectasia and irregularities in pigmentation. Different skin types respond to extrinsic factors in different ways, with type I and II (fair) skin experiencing increased extrinsic aging in response to the same stimuli (Naidoo, 2017).

The causes of oxidative stress

Oxidative stress speeds up the aging process however oxidative processes are also essential to the physiological process of energy production in the body. Oxidative stress is commonly defined as an imbalance between pro- and antioxidants (Tan, 2018). Oxidants include free radicals, reactive oxygen species (ROS) and peroxides while antioxidants include glutathione (GSH) and superoxide dismutase (SOD). The most significant extrinsic factor causing accelerated skin aging is exposure to UV light leading to the production of ROS (Stojiljkovic, 2014) which cause oxidative damage. Lipids, proteins, carbohydrates and DNA are all susceptible to oxidative damage and this damage can change gene transcription along with cell proliferation and differentiation and is involved in several diseases including diabetes and obesity, cancer and neurological disorders (Kregel, 2007).

Oxidative stress can become a self-fuelling cycle, where the initial stress leads to dysregulation of physiological processes, inflammation and a deregulated immune system which in turn lead to various diseases that may cause further inflammation and oxidative stress. However, the skin is the largest organ in the human body, and a large area of metabolic tissue. It is designed to protect against outside damage including UV light exposure and has several defense mechanisms to protect against oxidative damage including antioxidants such as superoxide dismutases, CGT, catalases, GSH and ascorbic acid.

While ROS arise from several sources including external such as UV radiation, chemicals and pollution, they are also produced through enzymatic reactions in the body. Oxygen metabolism in the mitochondria contribute around 90% of ROS in a cell. The NADPH pathway also contributes, with NADPH oxidases (NOX enzymes) generating ROS as they catalyse transfer of electrons from NADPH to molecular oxygen (Naidoo 2017). Research suggests aging is caused by cumulative oxidative stress due to free radicals generated in biological systems both via metabolism and as a result of exposure to UV light (Stojiljkovic, 2014). Free radicals, both the reactive oxygen species (ROS) and reactive nitrogen species (RNS), can lead to damage of biomolecules which then affects gene expression, cell metabolism and distinct physiological functions. This can lead to several disorders as well as acceleration of aging as shown in Figure 2.

The appearance of skin aging is caused by underlying damage to collagen and reduced fibroblast size, both caused by ROS which regulates collagen metabolism. UV radiation that causes oxidative stress and hence aging induces the expression of matrix metalloproteinases (MMPs) that degrade dermal collagen and other proteins from the extracellular matrix (Caravalhaes Lago, 2019). Other effects of increased oxidative stress and ROS production are a decrease in CTGF, TGF-beta, and type I procollagen expression as well as an age-associated chronic progressive increase in the proinflammatory status – this is termed ‘inflammaging’ (Zuo, 2019). The age-related alteration of collagen-rich extracellular matrix – promoted by oxidative stress – impairs the skin’s structural integrity and creates a tissue microenvironment that promotes age-related skin diseases such as poor wound healing and skin cancer. In turn, collapsed dermal fibroblasts generate elevated ROS levels and thus induce further cellular oxidative stress, which functions as a key regulator for human skin connective tissue aging, as shown in Figure 3.

Various factors influence skin aging, from external such as UV light and air pollution to internal factors such as metabolism and inflammation. These lead to formation of ROS, which if not balanced by antioxidants, cause damage to biomolecules and therefore impaired physiological processes which lead to aging.

Several assays are available to study oxidative stress making it possible to analyse DNA damage and changes in the redox/energy state and therefore mutagenic, carcinogenic and toxic effects on cells and cellular processes. Assays are commonly used to measure the parameters of oxidative stress, study cellular redox balance including determination of oxidant and antioxidant levels and screening for pharmacologically relevant inhibitors or drug candidates. To enable these applications, assays need to be highly sensitive and enable reproducible detection/measurement, convenient to use and suitable for high-throughput applications.

Primary cells and cell models are an additional strategy to study oxidative stress and aging. They offer researchers the opportunity to understand the complex crosstalk that occurs intercellularly between different cell types in the skin. These cellular systems cannot be replicated using two-dimensional cell models meaning three dimensional approaches are needed. Organotypic skin models, for example, allow coculture of different skin cell types in a three-dimensional matrix, allowing researchers to create a life-like model (Weinmullner, 2020). These 3D cell models can be adapted to better understand specific skin types, for example it is possible to develop 3D organotypic cultures which mimic the aged skin system (Weinmullner, 2020). In vitro aging models can also be used to determine gene expression levels and cell growth rate in skin cells, meaning cell models can be used to not only better understand how skin cells change in aging but to screen potentially therapeutic compounds (Carvalhaes Lago, 2019).

Studying skin aging and how cosmetic products could prevent it is a growing market, with revenues of around $200 billion in 2020, meaning research into factors affecting skin aging and how to prevent them is an area of significant interest. As researchers progress, there will be increased focus in both basic research and models which allow screening of pharmacologic compounds in life-like in vitro models which mimic the complex skin system in replicable models of aging. Methods to study the skin will need to enable 3D cell culture and high-throughput screening.  Developing models that allow this research could help not only the cosmetics industry, but those studying diseases of the skin and testing therapies in our largest organ. Skin aging purely aesthetic but affects multiple physiological processes and diseases in the whole body. It turns out skin aging isn’t only skin deep. 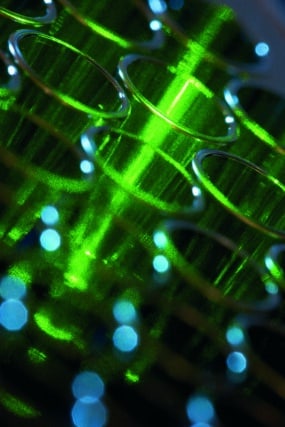