We provide the tools you need to study the important glycolytic and TCA metabolic pathways. Glycolysis is a crucial biological mechanism, allowing cells to gain access to the energy they need. This means the enzymes of the glycolytic pathway are potential targets in cancer therapy and diabetes.

Glycolysis – the first step of cellular respiration – is found in almost all prokaryotic and eukaryotic organisms. It is an essential metabolic process used to supply cells with useable energy in the form of adenosine triphosphate (ATP) which is created from glucose molecules. This cytosolic pathway can be broken down into three key stages: 1) conversion of glucose into fructose 1,6-bisphosphate, 2) cleavage of the fructose 1,6-bisphosphate into two three-carbon fragments and 3) oxidation of the three-carbon fragments to pyruvate (with an ATP and NADH harvest) which is transported into mitochondria and converted to acetyl-CoA. The acetyl-CoA created from pyruvate inside the mitochondria enters the Citric Acid Cycle (TCA Cycle/Krebs Cycle) to produce more energy along with feeding into other pathways/biosynthetic processes. It can however also be converted to citrate molecules, shuttled back to the cytosol, and reconverted to acetyl-CoA that can then be used to synthesize fatty acids or cholesterol (lipogenesis). Thus, apart from energy production, the glycolysis pathway also supplies other pathways with intermediates (e.g. dihydroxyacetone for triglyceride synthesis in adipose cells).

The glycolysis pathway is highly upregulated in tumor cells – this is known as the Warburg effect. This means the enzymes involved in glycolysis are potential targets for the treatment of cancer (Ganapathy-Kanniappan & Geschwind, 2013; Fadaka et al., 2017). As insulin also regulates glycolysis, the glycolytic pathway also plays a crucial role in type 2 diabetes (Bouché et al., 2004; Guo et al., 2012).

PromoCell offers an extensive range of convenient, highly sensitive and reliable assays measuring various metabolites, cofactors, and enzymes involved in the glycolytic and citric acid pathways. We also supply a choice of glycolysis inhibitors, a variety of glycolysis-related antibodies, and cytokines/growth factors playing an important role in glycolysis and related pathways. 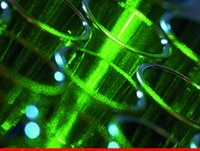 Assays to study the glycolytic and TCA metabolic pathways